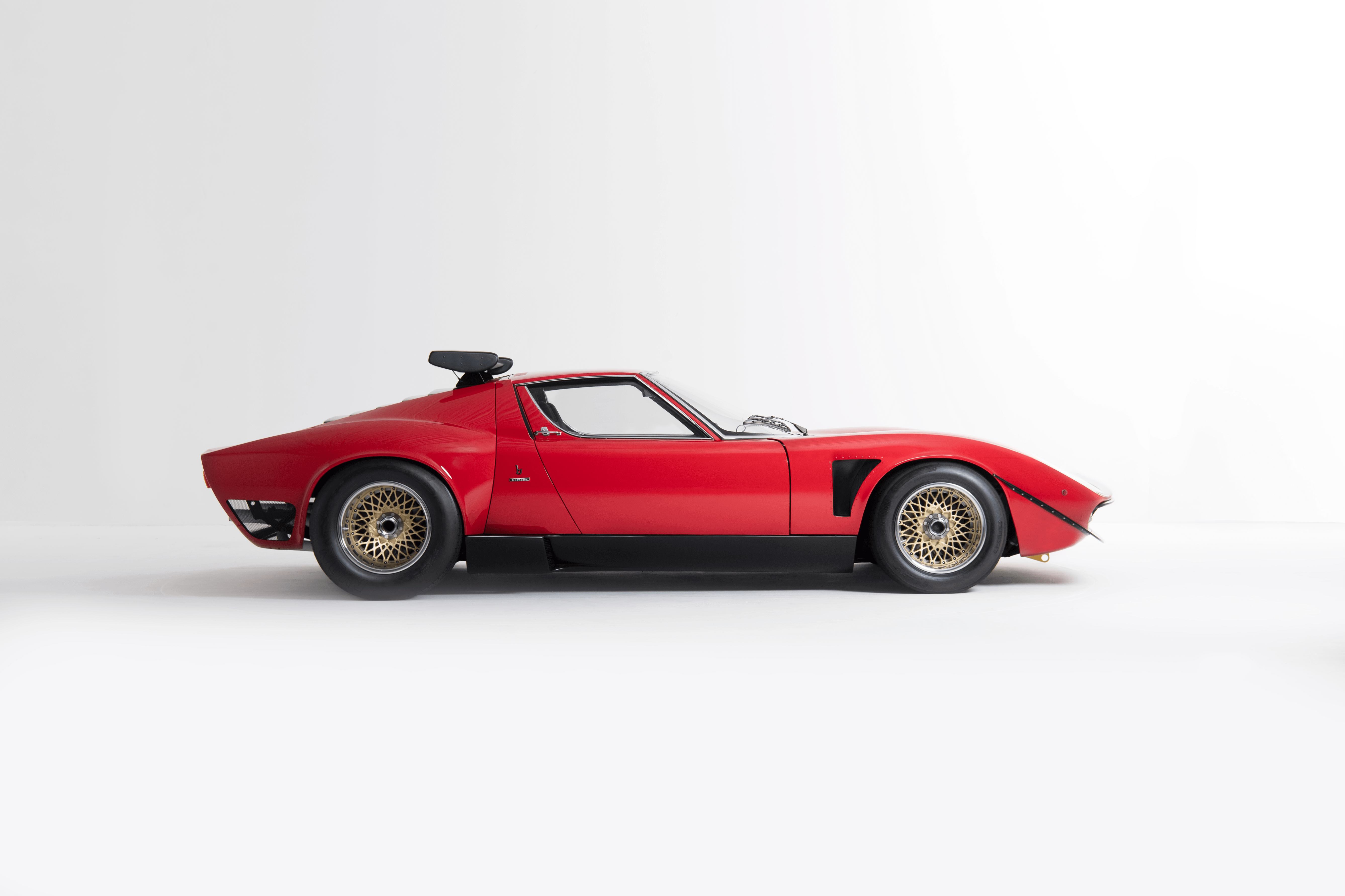 The Miura SVR is the rarest Miura and the closest one to the legendary Jota. The Jota was developed by Lamborghini’s test driver at the time, Bob Wallace, but due to a crash the car was lost and never rebuilt. Many Miura owners wanted their cars to get the Jota treatment for improved performance and a more striking look, so Lamborghini made 5 SVJs. These cars were not quite like the Jota but one particular owner was determined to get his Miura to be as close to the original Jota as possible.

The car started as a 1968 Verde Miura (light green) Miura S and in 1974 the owner asked the Lamborghini factory to convert it to a Jota spec, by this point production of the Miura had ended and Lamborghini refused to satisfy the owner’s request. This didn’t stop the owner though and he himself sourced and took parts for the car (and cash) to be assembled by the factory. The car was widened to accommodate the massive BBS wheels and tyres, the front received a spoiler to reduce lift, a roof wing was installed for increased stability at high speeds, brakes and suspension were upgraded and so was the 4-litre V12 for increased power.

The car stayed in Germany until 1976 when it was sold to a Japanese buyer and subsequently shipped to Japan. In Japan the car became famous and was even featured in a manga called ‘Circuit Wolf’, scale models were also made which increased the popularity of the car amongst several generations. In 2018 a 19 month-long full restoration was completed by Polo Storico, Lamborghini’s own department dedicated to restorations and preservation of Lamborghini’s heritage. To do this, the SVR went back to Bologna where it was originally made and the original spec sheet was used to make sure it returned to its original SVJ form.